The current political climate is tense, to say the very least. In the midst of Brexit and the US presidential elections, emotions are running high and opinions appear to be increasingly polarized and extreme.

Regardless of your personal opinions on policy, political polarization often causes estrangement in work settings, social groups, and even family. How might we combat the intense feelings surrounding our political discussions? How can we translate them instead to useful solutions?

Finding common ground with someone who seems so opposite to you is easier said than done. However, the following 3 tips will help you make conversations and arguments more valuable:

It is very easy to imagine what opinions a person might have based on micro-information you have picked up. This is especially true if that person has been fairly vocal about one or more of their opinions in the past.

However, behaving as if you already know everything about another’s political views will put you both at immediate odds. The other person is also much more likely to follow your lead and assume that they understand you.

Clarify your stance and ask questions about theirs, and both parties will feel more at ease and open to a productive conversation.

2] Understand Your Own Biases

By understanding the preconceptions you associate with a different opinion, you are less likely to react emotionally and attack the other person’s intelligence or elitism. Rather, you will gain the perspective to respond in an intelligent way yourself. 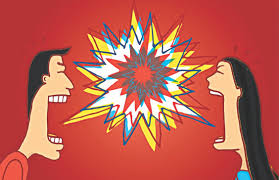 Ziva Kunda’s hypothesis on motivated reasoning suggests that people’s desire to be accurate causes them to ignore information that does not support their opinion.

When we do this, we also ignore the possibility to locate similar values. People often do not realize that they are having an argument about many conflicting morals.

Useful conversations, however, come about when there is an agreement to argue the best way forward on one shared value at a time.

Political polarization has historically been one of the most pressing conversational challenges. These three tips utilize behavioural science to make them feel easier and less divisive.

Behavioural science can be used in a variety of contexts to increase workplace atmosphere, reduce conflict and increase productivity. It's a part of what we do hear at Cowry, and we're immensely proud of the results we have achieved in improving workspaces through behavioural science consulting.